The suburbs of Los Angeles, which include dozens of disparate areas, are located on a vast territory – both off the coast of the Pacific Ocean and on the plains and in the foothills. Los Angeles consists of many districts spread over a vast territory (1300 sq. km). Many of these areas were separate cities in the past, absorbed into Greater Los Angeles. In addition, formally independent cities located near Los Angeles are considered as part of it.

Santa Monica and the Coast

The most popular areas of Greater Los Angeles are located here. The 100 km coastline stretches from the Palos Verdes Peninsula in the south to Malibu in the north. The weather here is milder than in the interior of Los Angeles, and there is also less smog. The cities and towns along the ocean coast have their own charm, most of them linked by footpaths and bike paths.

Malibu is located 45 km from downtown Los Angeles on the Pacific coast. The privately owned ranches were purchased in 1857 for 10 cents an acre, and Malibu is now home to the most expensive real estate in Los Angeles. The 40-kilometer coastline of Malibu consists of wide beaches, picturesque hills and cliffs. The relative distance from the center of Los Angeles makes this area very popular among the wealthy.

Santa Monica (Santa Monica) – this town in the western part of Los Angeles is very popular primarily due to its beaches. A festive and relaxed atmosphere, stylish hotels near the ocean, many restaurants and excellent shopping opportunities – all this makes Santa Monica one of the most interesting areas of Los Angeles.

The resort town of Venice was created by a tobacco magnate in the early 20th century in the likeness of Italy’s Venice. Now this area is built up with luxury housing, there are many good restaurants and boutiques. However, first of all, Venice is known for its embankment – the most popular recreation area.

South of Venice is the pretty seaside area of ​​Marina del Rey. It is quieter here than in the popular Venice. The main attraction of the area is the fishing village and the large harbor where more than 5,000 boats shelter. The main activities are various boating and fishing options. The colorful houses house shops and restaurants.

Beverly Hills is a famous area with celebrity palaces, expensive shops and palm trees along the streets. Beverly Hills is a unique place filled with glamor and surrealism. The area’s main shopping area is located near Rodeo Drive.

West Hollywood is located between Beverly Hills and Hollywood. The area is filled with restaurants, shops, clubs and art galleries. West Hollywood is a convenient place for walking. Particularly popular is the 2.5 km stretch of Sunset Boulevard, named the Sunset Strip.

Brentwood is a Los Angeles area located on the southern borders of the Santa Monica Mountains northeast of the city of Santa Monica. Brentwood is an urban area where the wealthy and upper-middle class live. It is in Brentwood that the magnificent Getty Center museum is located.

Westwood is home to the University of California, Los Angeles (UCLA). Westwood is known for many good cinemas and restaurants and is a good place to spend an evening.

Century City is a commercial and residential area east of Westwood. Many companies, shopping centers are concentrated in Century City, the center of the district is built up with high-rise buildings.

West Los Angeles (West Los Angeles, not to be confused with Westside) is usually called any place in the Western part of the metropolis that is not included in any of the other areas. These are mainly areas south of Santa Monica Boulevard, east of Venice and Santa Monica, and southwest of Century City.

Hollywood is still a destination for millions of tourists who want to see the Hollywood Walk of Fame, Grauman’s Chinese Theatre, or the Kodak Theatre. 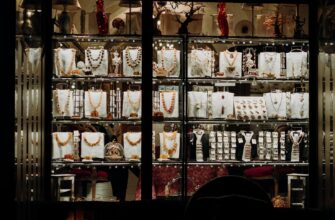 Showstopping Pieces: A Guide to LA’s Top 8 Jewelry Stores
If you’re looking for a showstopping piece of jewelry
015
Hotel Tips
Hotels are places where we spend a lot of time when
0106
8 super hotels in Hollywood
Hilton Garden Inn – Located across from the Staples
0121
8 super hotels in Century City
Hyatt Regency Century Plaza Hyatt Regency Century City
0138